We learnt about what inflation is in a previous article covering this topic. So it’s now time to understand how the current inflation crisis unfolded, and where that could lead the markets next.

After having been stable for decades around the 2% mark, inflation in the United States of America reached over 9% last summer. Even in traditionally dependable Germany, inflation skyrocketed from below zero to 10% in less than two years.

In March 2022, the American Federal Reserve started reacting with the tool we discussed in the previous article: by increasing interest rates. A few months later, it was the time of the European Central Bank. And in both cases the move dramatically pushed down the stock markets.

Months later and after the interest rate had risen a few more times (from 0.25% to 3.25% in the USA and from 0% to 1.25% in the Eurozone), the results are still mixed. In October 2022, inflation in the US looks like it could be finally ready for slowing down, but still much less than expected, while in Europe it’s still on the rise. According to some, that’s happening because the central banks’ reaction was “too little, too late”. While others believe that central banks themselves are the cause of it all.

How can there be such opposite views? One of the reasons is that inflation can be determined by demand and/or supply. In the first case, prices can go up because there’s a lot of money around, so people and companies spend it lavishly. In the latter, it’s goods that become scarce and consequently more precious. For months now, experts have been discussing whether this crisis is caused by a rise in demand or a decrease in supply. The problem is… it’s most probably both. And that’s making it more difficult to fix.

After the 2008 financial crisis, the central banks’ recipe of super-low interest rates and their so-called “quantitative easing” (where central banks were basically creating money by buying lots of government bonds) helped keep the economies of Europe and America afloat. However it was so easy to borrow money that inflation should theoretically have gone up much earlier.

According to many experts, this didn’t happen because prices were kept low by another huge change that had been underway for a while, as automation and globalisation had cut the costs of production for almost everything. So much so that even when salaries in the west had stopped rising, people could still go on buying what they wanted because of how cheap, for example, Chinese products were (thanks to Chinese workers being paid even less and environmental regulations being largely ignored).

But then the pandemic hit. The invasion of Ukraine followed. And another sequence of events was unleashed that we are currently still living through. In a short period of time we had the Chinese factories going repeatedly into lockdown and ceasing the provision of cheaper products abroad. Fuel and energy are getting scarcer and pricier. Supply chains are getting messed up, leading to electronic chips and food shortages. In inflation terms: not enough supply.

At the same time, though, central banks reacted to the pandemic and the other crisis with the same recipe they had used until then: supporting their national economies with low cost borrowing and money printing. Investors were so happy about it that the markets kept rising even during the worst times of the pandemic. Plus, right after the first vaccines came around, economies were much faster in recovering than expected. In inflation terms: too much demand.

What central banks have done in the past few months is attempting to fix this demand issue through higher interest rates. But the supply problem is still there. Also because the Russia-Ukraine war and other international issues are apparently turning what started as a pandemic related temporary stop, into a more permanent and deeper revision of the whole global relations and trade system on which those low prices relied.

Therefore, we have the Fed and its European counterparts still fighting inflation by slowing down the economy (even into a recession, if necessary). But prices are still going up because of the other factors involved. In inflation terms, we have less money in our pockets while at the same time, prices are increasing.

It does sound pretty bad, doesn’t it? Especially since nobody can tell how long this phase will last for or if there is a better solution available. So, what can we do about it in the meantime? Is anyone in the markets profiting from this? That’s what we’ll discuss in the last article of this brief series on inflation: stay tuned!

Let’s take a look at some products affected by inflation, on which you can trade CFDs with Stryk:

Always remember though, past performance isn’t always an indicator of future performance. Don’t forget that you can also try them out with a Demo Stryk account to see if CFD trading feels right for you. 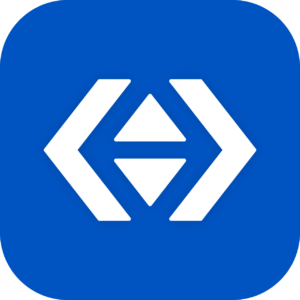